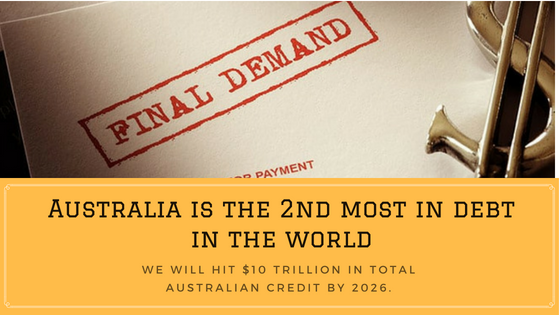 At the current rate of expansion, Australia’s relationship with credit and debt is exponential in nature – increasing at an increasing rate. At the current rate of expansion, we will hit $10 Trillion in Total Australian Credit by 2026. While many other developed countries have seen a decline or “levelling out” of personal debt since the 2008 global financial crisis, Australia’s debt levels have continued to increase. As a result, Australia is now reported to have some of the highest personal debt levels in the world.

Australia’s economy has two key components that point to a debt crisis, with a huge level of private debt to gross domestic product and a rapid rate of this debt increasing in the past few years, economist Steve Keen said.

The latest debt-financed boom in Sydney and Melbourne has resulted in Australia now overtaking Denmark, a comparison of official figures from Australia and Denmark has shown. 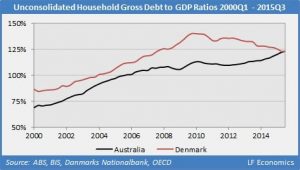 So, what is Australia’s personal debt situation look like?

Australia’s personal debt may be among the highest in the world when compared to GDP, but the majority of it is from home loans and investments.

So, if you are worried about your debt and need help, book a free consultation now with us! Settle my debts helps people with financial hardships and aims at eliminating or reducing debt. Call us (03) 8672 7980 and get help because it’s better late than never..